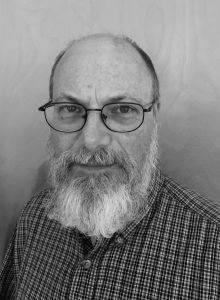 David Driscoll is a curator at the Wisconsin Historical Society. He has milked goats, but not cows, and has never knowingly saved lives from the perils of the sea.

The Babcock butterfat test, developed at the University of Wisconsin, provided a simple, accurate, and inexpensive way to assess milk quality and to pay farmers accordingly. By improving standards and rewarding the best milk producers, the Babcock butterfat test transformed the dairy industry in the United States and set Wisconsin firmly on the path to becoming America’s Dairy State.

How Does a Babcock Tester Work?

Babcock’s great accomplishment was to develop a powerful, reliable test that was simple enough and cheap enough for average farmers and cash-strapped small dairies to adopt. The basic test involves just a few steps.

From 1840 to 1880, Wisconsin produced about one-sixth of the nation’s wheat. But soil depletion, insect infestations, plant disease and competition from other states lowered Wisconsin yields and eroded profits. Wisconsin farmers desperately sought a profitable substitute for wheat and found it in the dairy industry.

The Babcock Test is a premier example of what has become known as the “Wisconsin Idea,” or the principle that education should improve people’s lives beyond the university classroom.

Although Stephen M. Babcock has been immortalized for his work on the butterfat test that received his name, it was not really his idea. The Babcock test was originally conceived by the forgotten man of the dairy industry, Frederick Garland Short.

This lifesaving medal reminds us of the risks that sailors and Wisconsin’s maritime communities have routinely faced since the early 19th century.

Bound for Buffalo with a full cargo of wheat, the Tanner left Chicago on the afternoon of September 9, 1875. Off the coast of Milwaukee, it was struck by a powerful squall, which stripped away most of its sails and left it unable to maneuver.

As maritime commerce grew in the early 19th century, the loss of vessels and crews to shipwreck increased. In 1848, the federal government, through the United States Revenue Marine, established its first lifesaving stations along the New Jersey coast. The system was expanded in subsequent years and reached the Great Lakes by 1854.

Immigrants must sometimes reconcile contradictory impulses. Having left their homes to evade oppression or economic hardships, they often seek to recreate familiar communities in their new lands. This synagogue window is a testament to the successful efforts of hundreds of Russian Jews to recreate a familiar community in Sheboygan, Wisconsin in the early twentieth century.

The first Russian Jews arrived in Sheboygan in the 1880s. Like many other immigrants, they often followed their “landsleit” (fellow townsmen) to settlements in the new world, which resulted in many of Sheboygan’s Jewish immigrants coming from a relatively small area east of Vilna and north of Minsk in current-day Belarus.

This shirt, which features an African kente cloth print, was designed, made and worn in the mid-1990s by Milwaukee’s Earlene Fuller, an African American bowler and seamstress.

Earlene Fuller and the African American Bowling Scene in Milwaukee

Earlene Fuller designed and made bowling outfits for numerous black and white teams in Milwaukee and elsewhere from 1970 through the mid-1990s. An accomplished bowler herself, Earlene competed for the Pitch’s Lounge team that won two Milwaukee city and two state championships in the 1970s.

This miniature ice boat was originally built in Madison, Wisconsin around 1916-1917 by a member of the Bernard family.

Madison, Wisconsin quickly became a center for ice boating in North America, a distinction held for over a century. By 1900 an estimated 200 ice boats were active on the capital city’s lakes, and the rivalry between Lake Monona and Lake Mendota skippers was intense.

Milwaukee teacher and newspaper editor Victor L. Berger was arguably the most successful Socialist politician in the United States. This large poster documents Berger's campaign for United States Senate in a special election in April 1918.

Born in Austria-Hungary in 1860, Victor Berger emigrated to the United States in 1878 and settled in Milwaukee three years later. His frustration with the social conditions of the day led him to adopt socialism in 1892, and he soon set himself the task of developing it into an organized and effective political movement in the United States.

In 1918, Wisconsin held a special election to fill the seat of recently deceased Senator Paul Husting, who had been elected in 1914. The election was a three-way race between Democrat Joseph E. Davies, Republican Irvine L. Lenroot, and Socialist Victor L. Berger.

In the late 1940s, Noren's Shoes of Sturgeon Bay attracted customers with the slogan "Shoes of Quality, X-Ray Fitted." Like many other shoe stores at the time, Noren's used an X-ray machine, or fluoroscope, to assure customers of a perfectly fitted shoe.