In 1918, Wisconsin held a special election to fill the seat of recently deceased Senator Paul Husting, who had been elected in 1914. The election was a three-way race between Democrat Joseph E. Davies, Republican Irvine L. Lenroot, and Socialist Victor L. Berger.

At the time of the campaign, Milwaukee’s German community was in turmoil. America’s entry into World War I a year earlier had unleashed a wave of anti-German sentiment. Wisconsin – whose Congressional delegation overwhelmingly opposed entering the war – was branded a hotbed of sedition. German language and culture were attacked, as was anyone who opposed the war effort. Berger, who as a socialist believed that international working class solidarity trumped the self-interest of nation states, dismissed the conflict as “a capitalist war caused chiefly by the struggle between Great Britain and Germany for the world market.” Berger printed editorials opposing the war in his newspaper the “Milwaukee Leader”, and in the fall of 1917, U.S. postal authorities revoked the paper’s second-class mailing privileges. In February 1918, Berger himself was charged with promoting the success of America’s enemies under the recently passed Espionage Act of 1917. 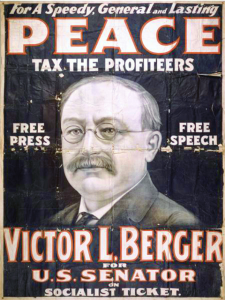 Berger interpreted these attacks as infringements of free speech and freedom of the press and said so on one of his Senate campaign banners. “Freedom of speech, freedom of press and freedom of assemblage” were crucial components of the Wisconsin Socialist platform in 1918, as were “an early, general, lasting and democratic peace,” “compelling the profiteers of the war to pay the cost of the war,” and “national ownership of trusts and … public ownership of public utilities.” Running under federal indictment, Victor Berger won 26% of the vote statewide in the April Senate election, winning 11 counties. Republican candidate Irvine Lenroot won the election with 39% of the vote statewide, with Democratic candidate Joseph Davies coming in as a close second with 35% of all votes cast.

Berger was more successful that November, running for and regaining the Milwaukee Congressional seat he had held from 1911 to 1913. Before Berger was seated, however, his espionage trial began. In the trial, presided over by an obviously antagonistic Judge Kenesaw Mountain Landis, Berger was convicted and sentenced to 20 years in federal prison. Congress refused to seat Berger and declared his seat open. In a subsequent special election held on December 19, 1919, Berger won again, drawing 6500 additional votes, but Congress again refused to seat him. The seat remained open. A year later, perhaps frustrated with having no voice at all in Congress, Milwaukee voters chose Berger’s long-time rival, moderate Republican William H. Stafford.

In 1921 the United States Supreme Court voided Berger’s conviction on the grounds that Judge Landis, who had publicly made anti-German and anti-Socialist remarks, should have excused himself from the case. Berger commented, “I hail this decision as the first real sign of returning sanity in our ruling class.” He continued, “I have proven my love for America, my faith in America’s justice, by risking my liberty in defense of the constitutional right of all American citizens to discuss freely and fully the official acts and policies of their public servants.”

Berger defeated Stafford in the 1922 elections and served in Congress from 1923 to 1929, where he continued to champion civil liberties.

This story was edited and adapted from Dave Driscoll‘s original Curators’ Favorites article. 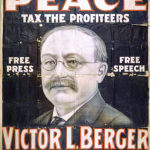 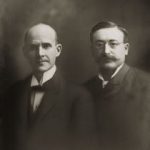 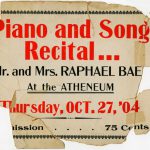 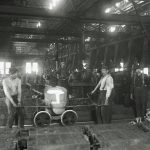