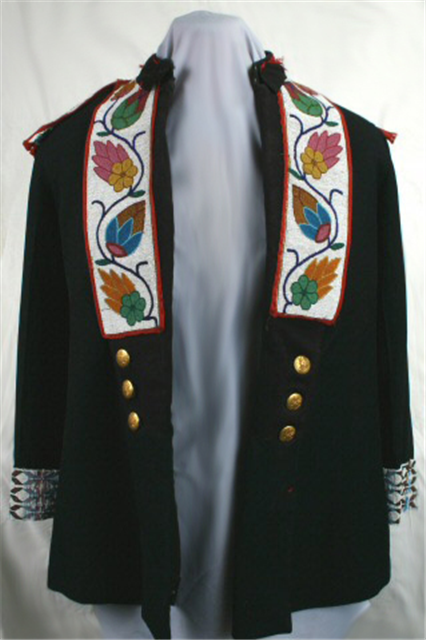 An elder spokesman for the Potawatomi Indians, Chief Simon Onanguisse Kahquados made a number of trips to Washington, D.C. in the early twentieth century in an effort to regain land that his people had lost through treaties with the United States government in the 1800s. Kahquados wore this coat on his last trip to Washington and also wore it on other important occasions, such as trips to the state capital in Madison where he often spent time researching and presenting information about his ancestry. 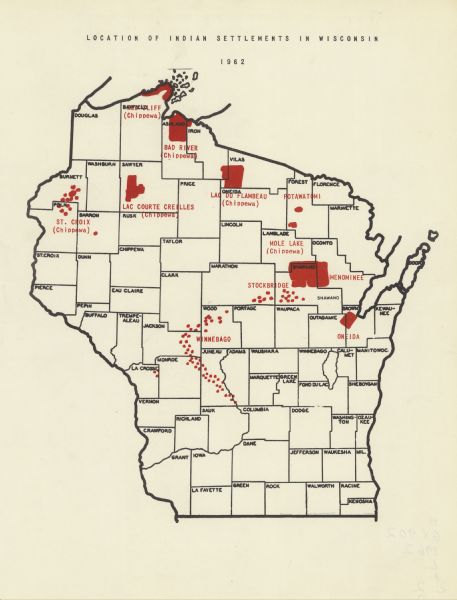 Some histories are not as straightforward as others, especially when cultures collide. It may come as no surprise that stories about the interactions between Native Americans and white settlers are sometimes one-sided. We can partly attribute this to the European tradition of… 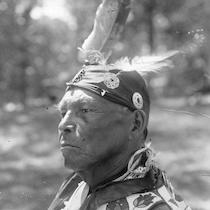 Chief Simon Onanguisse Kahquados was the last hereditary descendant in a long line of Potawatomi chiefs, his family being one of the oldest known Potawatomi inhabitants of Wisconsin. An engaging speaker, Kahquados often served as an interpreter and provided a wealth of information to the Wisconsin Historical Society regarding traditional Potawatomi culture and history.