The village of Williamsonville was first founded by brothers Fred and Tom Williamson who ran Door County’s largest shingle mill. The village was home to 77 residents and sat on less than 10 acres of land at the time of the fire. Most of the residents were either members of the Williamson family or were employees at the mill.

Of the 77 residents, 60, including Miss Maggie Haney, were killed by the Peshtigo fire. The 17 survivors were left with burnt hands, eyes, and feet. The village they once called home, as well as their family members and friends, were gone.

Williamsonville was never rebuilt after the devastation of the Peshtigo Fire. In 1927, Tornado Memorial Park was established at the site of a well where 7 men hid from the fire tornadoes that ravaged through the village. The fire tornadoes or fire vortices were created by the winds over northeastern Wisconsin at the time of the fire. The vortices contributed greatly to the speed of which the fire spread.

Although the fire was incredibly devastating to those who called Williamsonville home, it also transformed the economy in that region. The area that was once used for lumbering eventually became rich farmland. The fire cleared any remaining forests and opened the land to farmers who were able to grow crops. Today, the Peshtigo Fire is seen as the main cause of southern Door County’s quick transition from lumbering to agriculture. In the 1870 and 1880 censuses of the southern Door County townships most affected by the fire, there were great increases in overall population, number of farmers, and cultivated land area. 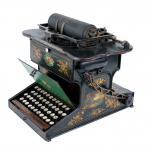 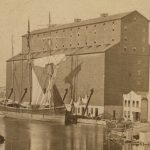