The King Gambrinus statue located in La Crosse, Wisconsin depicts the king of beer and brewing.[1] The origins of the statue, specifically its sculptor and construction date, are unknown. Weighing in at approximately 2,000 pounds, this concrete statue is 15 feet tall. Previously valued at $3,500, G. Heileman Brewing Company purchased the Gambrinus statue in 1939 for $100 from a closed brewery in New Orleans.[2] According to a 1963 La Crosse Tribune article, the statue was brought to La Crosse in pieces, and local artist Eivind Forseth conducted extensive research to decide what colors to paint the now-iconic statue.[3] Gambrinus wears a royal purple tunic, blue undershirt and stockings, a red cape trimmed in ermine fur, and a golden crown. His left foot is poised on a golden keg, while his right hand holds aloft a golden cup.[4]

The Heileman Foundation commissioned a second Gambrinus statue to be built in 1980 and placed in front of its corporate headquarters. Wisconsin artist Elmer Peterson designed the statue made of corten steel, a steel that develops a rusted appearance when exposed to the elements, but later cast the statue in bronze.[5] The different artistic style of this statue emulates a modern, imposing representation of Gambrinus which lacks the bold colors and jolly demeanor of the 1939 version. However, the sculpture’s classic pose and royal stature retains the tradition of Gambrinus iconography.[6]

Gambrinus is lauded as the king of beer and brewing according to European mythology dating back to the 13th century. European immigrants brought the tradition of Gambrinus to America along with their favorable brewing techniques. Breweries quickly incorporated Gambrinus iconography into American brewing culture to signal the European origins of their brews. It became common for many breweries both in Europe and America to have a statue of Gambrinus somewhere on the premises.[7] While most established breweries in present-day America are generations-removed from their European heritage, the marketing tactic of the Gambrinus figure remains.

The Gambrinus statues in La Crosse are an illustrative example of this advertising strategy. Gambrinus first served as a mascot for the John Gund Brewery in the 19th century and the brewery’s products were frequently advertised in German-language newspapers. After the Gund Brewery closed during Prohibition, the G. Heileman Brewing Company employed the mascot to indicate the high-quality and historic nature of its products to the modern, urban consumer markets in America.[8]

Like the “World’s Largest Six-Pack,” both King Gambrinus statues are popular tourist attractions in La Crosse.[9] While similar statues still exist, notably in Milwaukee’s defunct Pabst brewery, the La Crosse Gambrinus statues are two of only a few left from 20th century American brewing history. Despite occasional bouts of vandalism and the closure of the Heileman Company, the 1939 Gambrinus statue still stands proudly gleaming with a fresh coat of paint in front of what is now City Brewery’s premises. The continuing preservation and restoration of the statues exemplifies La Crosse’s vibrant brewing culture, as well as the profitability of commercializing European cultural icons in American tourist industries. 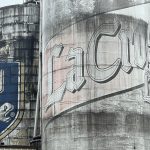 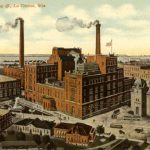 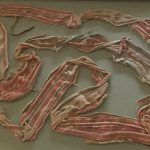 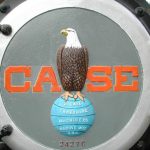 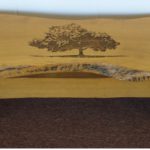