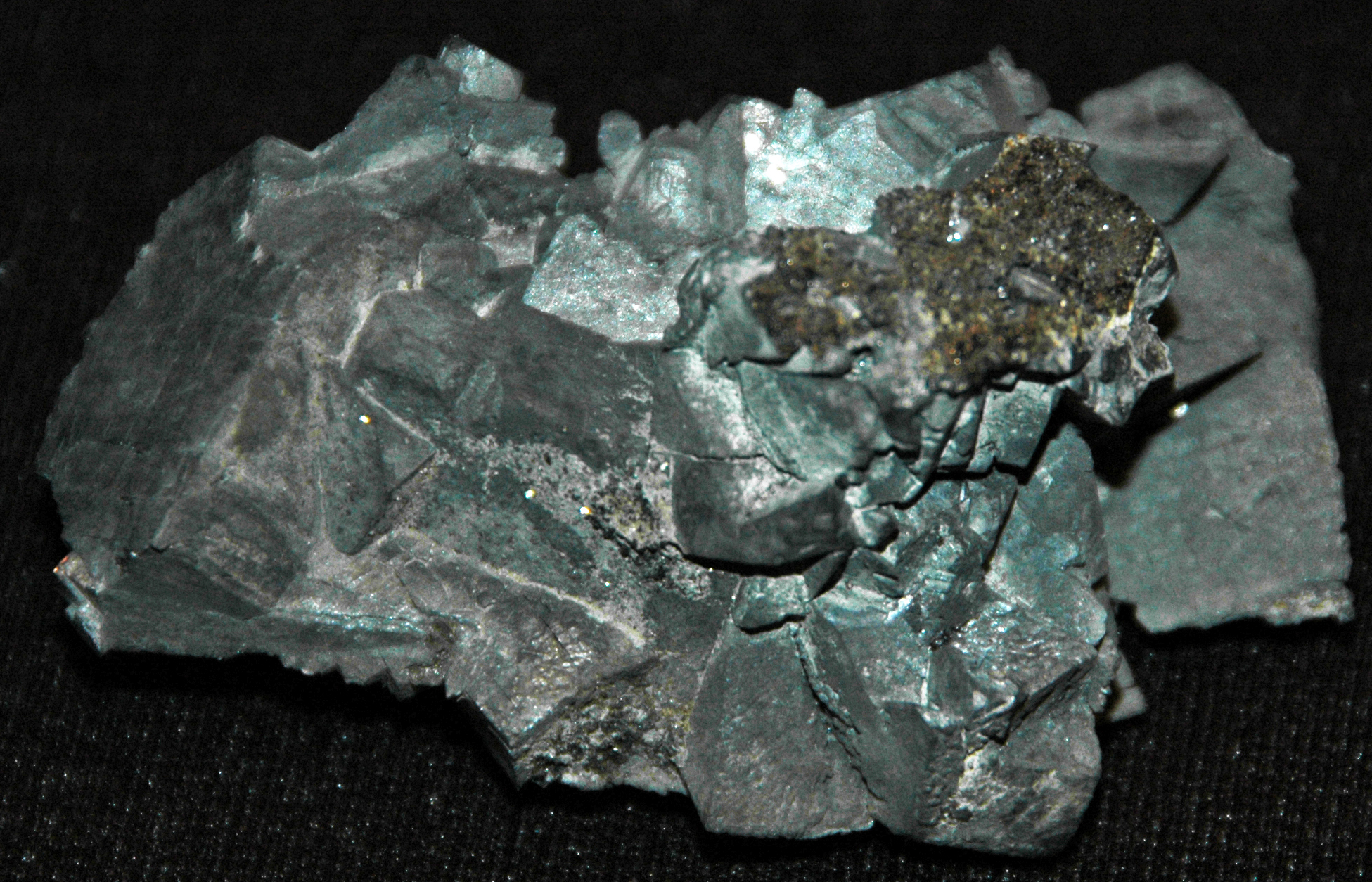 Galena, the official state mineral of Wisconsin, is the raw material used to produce lead. During the Wisconsin “lead rush” of the 1820s-40s, lead was more valuable than gold. That is because just about everybody, rich or poor, used objects made of lead in their daily lives ­­– products that ranged from plumbing to toothpaste! Today we know that lead is toxic, but it was once an important part of everyday life in Wisconsin.

Galena is a dark gray, shiny mineral that feels surprisingly heavy. It occurs in nature, sometimes in small pebbles and sometimes in bigger chunks like the ones at the Wisconsin Historical Museum. Lead deposits like the ones in Wisconsin are left over from Wisconsin’s earliest history. Lead forms when super-heated magma meets fluid underground. When the fluid meets the magma it heats up, and begins to circulate, carrying the lead away from the magma. As the fluid cools, the lead is left behind. When there were cracks in the rock and water could flow more easily, larger veins of galena formed.

Because of this geological history, Galena is common in the soil of southern Wisconsin. In fact, it was so common that once, people could scoop it right up off the ground. Over a century before European miners began immigrating to Wisconsin, Native women would mine the surface layers for galena. However, as humans used up these shallow deposits of galena, they needed to dig deeper and deeper underground to find it, creating vast networks of mines beneath the surface.

Formal, large-scale mining operations in Wisconsin were established in the 1820s. Lead was one of the key reasons the United States government wanted to expand into the area that is now Wisconsin. Lead was an essential resource used to make a wide range of products. Much of the lead that came from Wisconsin was turned into white powder for products like ceramic glaze, makeup, and paint. The main product made from Wisconsin lead, however, was lead shot, or bullets. The hilly landscape of Wisconsin’s Driftless region was ideal for manufacturing bullets. Lead shot was made by dropping molten lead several hundred feet down long shafts within towers, built into naturally steep hills to maximize efficiency. As the lead dropped down, gravity formed it into the shape of a ball. By the time it hit the ground it was round and solid, ready to be used as ammunition. You can visit one of these shot towers at Tower Hill State Park near Spring Green, Wisconsin.

The 1820s saw large numbers of immigrants travel to Wisconsin to take part in the booming lead industry. Most of these immigrants had been miners in their home countries, and they brought with them the skills, knowledge and tools they needed to mine lead in Wisconsin. Many immigrants came from Cornwall, England and other regions of the United Kingdom. Others were US citizens who came from eastern mining regions like Pennsylvania and Virginia.

These workers were among the first European immigrants to settle in southern Wisconsin. When they arrived, there were no European-style wooden houses waiting for them to move into when they arrived. In order to get to work right away, the miners quickly dug out homes in the sides of the hills. Some even lived in abandoned portions of the mines. This unusual living situation earned them the nickname “badgers,” because like that animal, they appeared to live in burrows underground. The fact that Wisconsinites are still called “badgers” today speaks to how important the lead mining industry was at the time Wisconsin became a state in 1848.

Lead mining in Wisconsin began to decline in the late 1840s. As miners continued to deplete lead deposits, mining operations were becoming too expensive and difficult to seem worthwhile. The discovery of mineral deposits in other regions – including the famous California Gold Rush of 1849 – lured experienced miners out of Wisconsin. Furthermore, Wisconsin immigrants had begun turning to agriculture and other industries as their main source of income.

In spite of its decline, lead mining had a key role in making Wisconsin what it is today. Lead brought thousands of European immigrants to the Wisconsin territory. Since statehood was dependent on population, this influx of immigrants to the region helped and helped Wisconsin transition from a territory to a state in 1848. Wisconsin’s state flag commemorates the important role the lead rush played in our state history by featuring a miner, pickaxe and shovel – and, of course, Wisconsin’s beloved mascot: the badger.

“I was born and raised in Upper Michigan’s Copper Country, which (as we both know is false) claims to the be the site of America’s first mineral boom. This region was opened with the 1842 treaty of La Pointe, in March, 1843. Believe it or not, the first man to come into the district to explore copper veins for a company was Colonel Charles Hempstead Gratiot, Lt. Joseph Lorimer Hempstead, and with them were the first Cornish miners to come into the Copper district. As I’m sure you know, Gratiot was the son of Henry Gratiot, who was among the first lead miners to come to the Wisconsin Lead District (Gratiot’s Grove, 1825).” – Graham Jaehnig 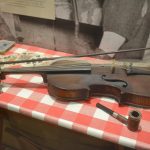 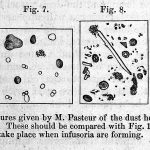