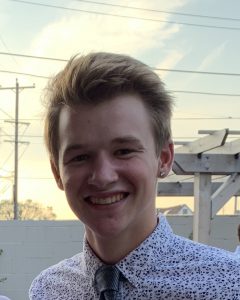 Cole Roecker is a sophomore at the University of Wisconsin-Madison pursuing a Bachelor of Arts with majors in history, English, and French. After completing his degree, he plans to attend graduate school to continue studying history. He enjoys researching French influence on the state of Wisconsin and exploring Wisconsin’s unique natural landscape in his free time.

In an effort to preserve baseball during World War II in America and inspired by the “Rosie-the-Riveters” across the nation, Philip Wrigley of the Chicago Cubs formed the All-American Girls Professional Baseball League (AAGPBL), a professional women’s baseball league centered in the Midwest that ran from 1943-1954. Wisconsin was home to three AAGPBL teams, including the Racine Belles — a team you might know from the 1992 film “A League of Their Own”.

Perched atop the highest point in Waukesha County, the observation tower in Lapham Peak State Park (Delafield, WI) was constructed in 1940 by a crew from the Works Projects Administration (WPA).

Increase A. Lapham was one of Wisconsin's most notable scientists and naturalists, officially surveying much of the southern half of Wisconsin for the first time, cataloging American Indian effigy mounds, and founding the United States Weather Bureau, among numerous other accolades.

The Works Projects Administration - An Answer to the Great Depression

Wisconsin participated eagerly in the federal Works Projects Administration (WPA) program, quickly setting up a state administration and giving work to thousands of Wisconsinites after its inception. The WPA organized construction crews with the intent to strengthen Wisconsin’s infrastructure.