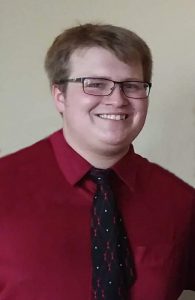 Trase Tracanna (class of 2020) studied History at the University of Wisconsin-Madison. He hopes to utilize his interest in Native American history to contribute more Native-centric stories in the future.

This Ojibwe presentation pipe consists of two pieces: a pipe bowl and a pipe stem. It was most likely for spiritual ceremonies. According to the Wisconsin Historical Society, the pipe bowl is carved from heavy stone, and has two common images to Native American art works: the Janus head, which is two heads facing back to back, and a small buffalo figure

From 1805-1837, Wisconsin was part of the Michigan territory. James Duane Doty spearheaded the movement to create partitions in the Michigan territory, fragmenting it into Illinois, Iowa, Minnesota, and Wisconsin. By dividing the territory into states, he ensured that white settlers would be privy to more representation in the federal government, as well as greater protections from Native American tribes of the region.

Known as Edison Light Fixtures, the original lighting fixtures of Appleton’s Hearthstone House, were created by Bergmann and Co., in association with the Edison Company for Isolated Lighting, out of New York. They designed the electric lights with the same general components as common gas-light fixtures of the period. This brass chandelier is the first one would see when entering the house.

The Hearthstone House and Electricity to Wisconsin

Built in 1882, the Hearthstone House operated using the first system of central electricity designed by Thomas Edison and it was the first private residence in the nation powered through hydroelectricity.

Found at the Aztalan archaeological site in southeastern Wisconsin, these small copper artifacts were most likely used as ornate jewelry. Specifically, Mississipian people likely wore the mask-shaped copper designs as earrings. According to Ho-Chunk tradition, the maskette shape honors a cultural hero of the Siouan, known as Red Horn.

What would a Southeastern Wisconsinite grab on a hot summer day in the 1970s and 80s?  Jolly Good soda of course! This local brand was celebrated as the cornerstone of cookouts, family reunions, and get-togethers.