Chicago-born artist and entrepreneur Pauline Jacobus was the central figure of Edgerton’s art pottery movement. In 1883, Jacobus established Pauline Pottery, the first art pottery company in Chicago. Five years later she and her husband and business partner Oscar Jacobus relocated the Pauline Pottery to Edgerton to gain access to the area’s high-quality clay. In Edgerton, Oscar supervised the production of ceramic battery jars for the Bell Telephone Company, while Pauline directed thirteen women in the decoration of ornamental wares.

Unfortunately, little is known about the women who worked as decorators for Jacobus. Because the ceramics they painted were considered products of the Pauline Pottery and not individual works of art, these women rarely signed their work.

Although initially successful, financial difficulties related to the death of Oscar Jacobus forced the Pauline Pottery to close in 1894. But by then the Jacobuses had already inspired a lasting legacy of ceramic art production in Edgerton. Thorwald Samson and Louis Ipson of Denmark, who came to Wisconsin to work as designers for the Pauline Pottery, settled in Edgerton and established the American Art Clay Works in 1892 (later known as Edgerton Art Clay Works). In 1903, Samson and Ipson created a new ceramic studio, the Norse Pottery. Two other former Pauline Pottery employees–salesman Wilder Pickard and decorator Mae Johnson–established Pickard China, a studio for porcelain decoration, in 1894.

After the Pauline Pottery closed, the company was reorganized as the Edgerton Pottery Company and continued to manufacture earthenware for industrial use as well as some art pottery under the name Rock Pottery. Jacobus herself reopened the Pauline Pottery on a much smaller scale from 1902 to 1909, operating a single kiln from the grounds of her estate north of Edgerton.

This story was edited and adapted from Emily Pfotenhaue’s original Curators’ Favorites article. 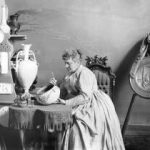 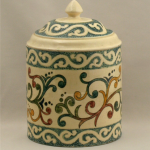 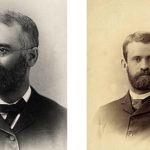 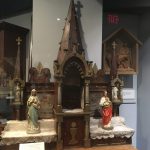 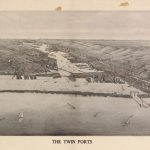