In the 1800s, semi-automatic machines began making glass bottles. The first soda bottles were made in 1806 and resembled ale and spirits bottles. These bottles had short, square bottoms and a small neck.

The next style of soda bottles, called Saratoga bottles, looked like today’s wine bottles. These bottles had narrow bodies and long necks. One unique aspect of Saratoga bottles was that they had the names of beverage companies on the bottle’s sides. Saratoga bottles were important because the personalized bottles allowed for bottle reuse and saved money.

In the mid-1800s, the soda bottle style changed again. The new “blob-top” soda bottles emerged because of the invention of fully automatic bottle-making machines. Blob-top bottles had a gravitating stopper that closed the bottle. Gravitating stoppers became popular because the stopper maintained the pressure inside the bottle, which kept the soda carbonated for longer. So, blob-top bottles preserved the rich flavor of soda and attracted more people to drink soda. The Cassel Soda Bottle resembles the blob-top bottle.

One of the main issues with soda bottling was the expense of glass bottle production and import. When soda became popular, so did the concept of reusing glass bottles. Soda producers started the returnable bottle system, which made glass bottles the property of the bottler. The Wisconsin State Bottlers Association started in the late 1800s to help return empty bottles to its members. 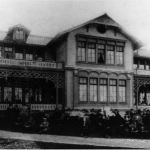 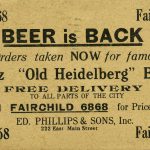 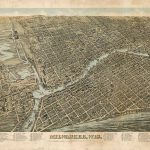 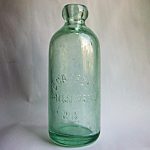 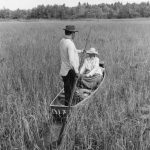 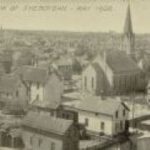