What would a Southeastern Wisconsinite grab on a hot summer day in the 1970s and 80s?  Jolly Good soda of course! Though you can’t find it on store shelves today, Jolly Good soda was once one of the most popular beverages in the region. This cola flavored can of Jolly Good soda features patriotic colors…

In the 1800s, semi-automatic machines began making glass bottles. The first soda bottles were then made in 1806 and resembled ale and spirits bottles. These bottles had short, square bottoms and a small neck. The …

In the late 1800s, meatpacking, wheat processing and brewing industrialization boomed in Milwaukee. This increase of manufacturing attracted workers from all over the country to move to Milwaukee. In fact, from 1870-1900, Milwaukee’s population quadrupled. …

When Chicago’s population boomed in the 1800s, the new population frequently traveled “up north” to Milwaukee for vacations. Different Milwaukee companies built resorts in the towns surrounding the city to increase profits from tourists. These …

When prohibition began in 1920, the law had huge social and economical effects on Wisconsin. Visitors enjoyed coming to Milwaukee because of the many brewery-sponsored social events and institutions, including the Whitefish Bay Pabst Resort. Against … 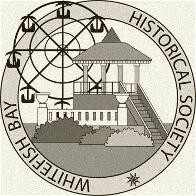